Posted on 2 April 2011 by Larry Russwurm 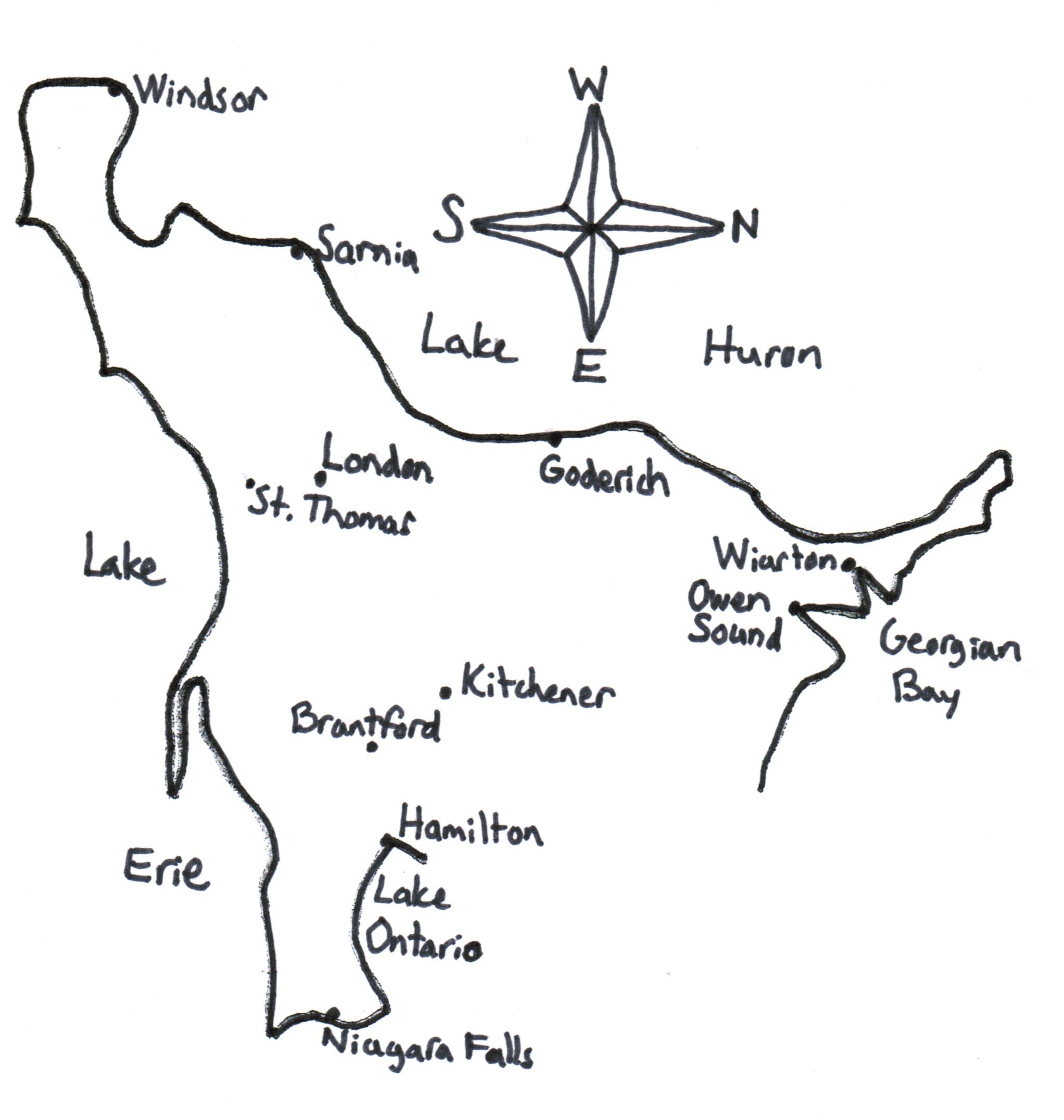 As you can see, southwestern Ontario looks much like an elephant with a broken spear sticking out of its chest.

We can locate certain cities by their position on the elephant. Windsor is the tip of the nose or the elephant’s hand. Goderich is the back, London the neck, and Niagara Falls is the toe.

And St. Thomas? It is also on the vulnerable neck of the elephant. And St. Thomas is where Jumbo the Elephant died in 1885 by being hit by a train. It is truly a vulnerable spot for an elephant.

Just another ranter on the Internet
View all posts by Larry Russwurm →
This entry was posted in Geography, History, Humour and tagged Hamilton as armpit, Kitchener as heart, Owen Sound as the @$$, Owen Sound is a scenic small city, Sarnia as brain. Bookmark the permalink.

5 Responses to The Southwestern Ontario Elephant