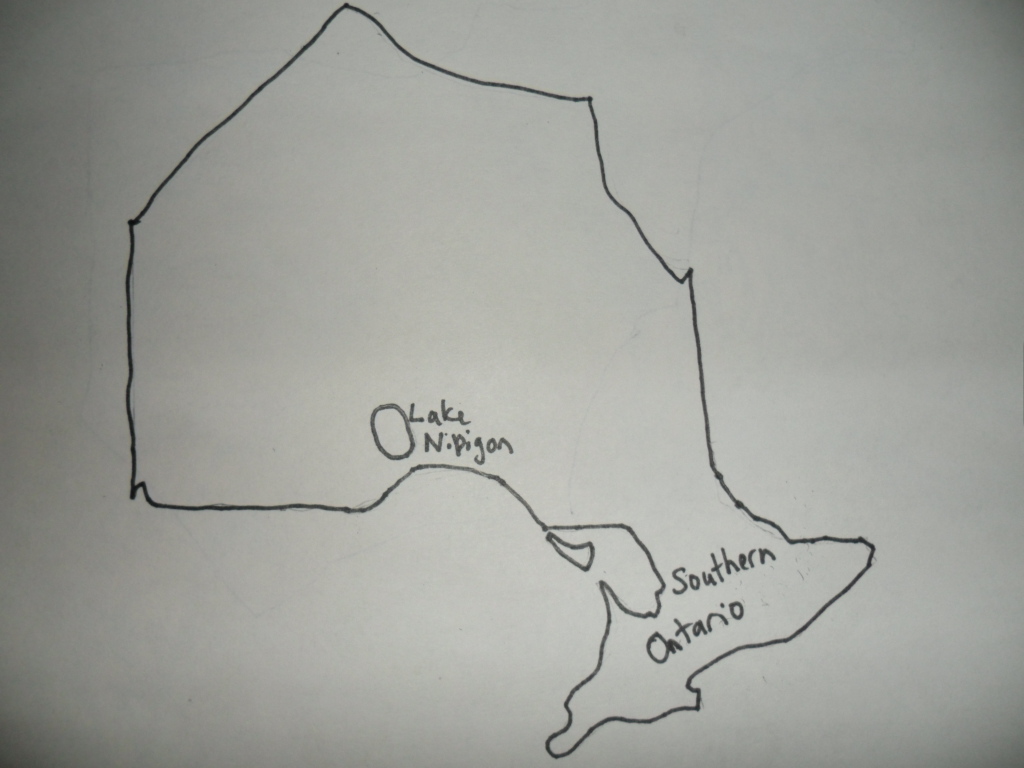 Take a look at this drawing of Ontario. Doesn’t it look a bit like a whale. Lake Nipigon is it’s large almost cartoonish eye. Perhaps the western part looks too angular to be a head but squint your eyes and you will see it like I do. Then Southern Ontario becomes its tail.

It mostly makes sense, too. What other beast would you use to describe Ontario which has a full one third of all Canadians? It is the massive whale of the country. And the part that propels it along is the tail. And indeed Southern Ontario has the massive population to propel this rather large beast along.

Negative Nellies in Northern Ontario might say that Southern Ontario is the $#!++!&$+ part of the province. But that only strengthens the position of Ontario being a whale.

Naysayers might postulate that Ontario is just a fish with its tail being broad in the same plane as the head. I say it is a whale, just that it is twisted and accidentally looks like a fish from this 2-D view.

What about the Southwestern Ontario elephant? Well it is still partly visible, even in this primitive sketch. Perhaps the Ontario whale swallowed this smaller beast long ago and it is now mostly in its tail region.